Many of the environmental challenges we face are so complex that it almost seems impossible to identify the heart of the problem, let alone identify and prioritize solutions, trade-offs, and potential conflicts for the given problem. My advice is to always start by taking a step back to attempt to see the 25,000 foot view before diving into the specific problems. This type of approach enables you to identify all of the parts of the problem before you start to understand each part individually and then together as an entire system. This is often referred to as a systems approach with the goal of ensuring that every perspective is considered and addressed throughout the planning process.  Another important aspect at this stage in the planning process is to attempt to remain as open as possible to all of the information you come across and evaluate each piece of information on its own merits. This will allow you to remain as unbiased as possible during the information gathering stage of the planning process.

At this stage of the game, you need to understand what the issues are, who the stakeholders are, and what the overlapping and competing issues that contribute to the issue at hand are. Before you meet with a stakeholder group or attempt to identify and prioritize the issues, it is pertinent to conduct a detailed assessment of the history of the problem, identify the historical conflicts between stakeholders, understand past planning efforts, and identify trends for the future. The following case study is an assessment of the combined impacts of climate change and invasive species on island ecosystems. It provided the necessary background information needed to develop an integrated strategic plan that was later used to develop projects for biodiversity conservation, as well as identify potential impacts to island ecosystems from the combined effects of climate change and invasive species.

This case study is a summary of the expected impacts from climate change on islands, from invasive species on islands, and their likely combined effects. Additionally, the assessment reviews the social, political, and economic effects of both climate change and invasive species on island biodiversity. This information was used to help inform the stakeholder working group, set priorities that were rooted in science, and educate the stakeholders so that they were contributing to the strategic plan in an effective manner. Moreover, this type of inclusive assessment allowed us to ensure that each stakeholders concerns and needs were taken into consideration during the strategic planning process.

As usual, I welcome your comments or questions. Thank you, Gabrielle 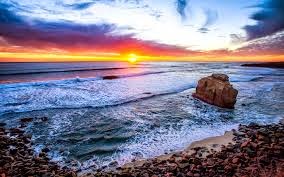 Expected Impacts from Climate Change to Marine Life and Small Islands
·         Many important coastal habitats that provide benefits to human society and the environment alike are also highly likely to experience severe declines.
·         Higher sea level and warmer ocean temperatures can alter ocean circulation and current flow, increase the frequency and intensity of storms, alter habitat, and impact weather worldwide (Baker et al. 2008, Carpenter et al. 2008, Bakun 1990, Nicholls et al. 1999, and Bindoff et al. 2007).
·         Despite the differences in erosion potential along the world’s coastlines, there has been a dramatic increase in coastal erosion over the last two decades (Morton et al. 2004) and this is expected to continue as sea level rises (Brown and McLachlan 2002) and storm frequency and severity increase.
·         Rising sea level is most threatening to low lying island nations and the delta populations of South and Southeastern Asia and the Nile Delta in Africa (Nicholls et al. 2007 and Nicholls et al. 1999).
·         Many climate change impacts are likely to affect island communities in both the Caribbean and Pacific, including higher sea levels, more powerful tropical storms (such as hurricanes in the Atlantic and typhoons in the Pacific), and warmer, more acidic coastal waters. Unique island ecosystems, such as coral reefs and mangrove forests, are already facing stress from human development and pollution, making them particularly sensitive to additional stresses from climate chance (USGCRP 2009).
·         Islands are home to unique ecosystems and species that provide economic opportunities, safety, nourishment, and cultural value to island communities (USGCRP 2009 and Mimura et al. 2007).
·         The loss and inundation of other coastal habitats, such as mangroves, from sea level rise and storm surge could endanger species that use these habitats for nesting, nursing, and nutrients (USGCRP 2009).
·         Climate change may enhance conditions that facilitate the spread of invasive species and marine and terrestrial pathogens and diseases, which would affect and island’s natural ecosystem and biodiversity (Mimura et al. 2007).

Impacts from Invasive Species on Island Ecosystems
·         The Earth has approximately 100,000 islands many of which are important biodiversity hotspots made up of fragile ecosystems that are home to some of the most unique species in the world (CBD 2010). Island ecosystems are key areas for biodiversity conservation worldwide since they represent less than 5% of the planet’s land mass, yet are home to 39% of critically endangered species (Whittaker 1998, Diamond 1985, 1989, Olson 1989). Island species are more susceptible to environmental stressors that cause extinctions as a result of their small population sizes and limited habitat availability. In addition, island species have adapted in isolated environments making them particularly vulnerable to impacts from invasive species (Diamond 1985, 1989, Olson 1989).
·         It is widely accepted that the natural world is facing a very high rate of species extinction (Raup 1988), that most recent extinctions can be directly attributed to human activity (Diamond 1989), and that for ethical, cultural, aesthetic, and economic reasons this current rate of extinction is cause for considerable concern (Ehrlich 1988, Ledec and Goodland 1988). One of the major worldwide causes of anthropogenic extinctions is the introduction of invasive species. Of the 245 recorded animal species extinctions since 1500, 75% were species endemic to islands (World Conservation Monitoring Centre 1992). Invasive species were at least partially responsible for a minimum of 54% of documented island extinctions, based on the 170 island species for which the cause of extinction is known (Ricketts et al. 2005).
·         The effects of invasive species on islands accounts for 80% of all species extinctions recorded so far. Half of these recorded extinctions were caused by invasive alien vertebrates (IAV) such as rats, mice, pigs, goats, etc. Rodents (rats and mice), the most prolific of all invasive vertebrates, are estimated to have been introduced to more than 80% of the world’s islands as the result of human activities. Invasive species continue to invade new islands today with the ever-increasing movement of people and goods around the world. When introduced to islands, invasive species upset an island’s natural equilibrium and severely impact native plants and animals that lack adaptations to protect themselves from the intruders. There is a relatively simple, efficient, and cost effective solution to this island-species extinction crisis: when invasive species are removed from islands, native plants, animals, and ecosystems recover with little or no additional intervention. Combined with effective biosecurity, the eradication of invasive species is one of the most effective ways to protect threatened island biodiversity.